How to Read an Unsuccessful NY Bar Exam Score Report 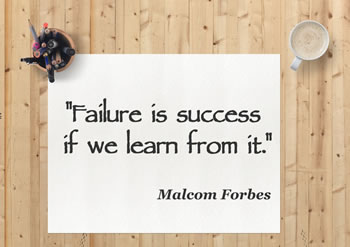 In order to pass the New York Bar exam, a candidate is required to earn a score of 266 out of 400. 50% of the score is derived from the MBE, and 50% from the written score representing the essay portion of the exam.

When a candidate for the New York Bar is unsuccessful, the bar examiners provide a breakdown of the score. This breakdown includes a score between 1- 200 for the MBE, and a score between 1 – 200 summarizing the written portion of the exam. In order for a student to achieve a passing score, the MBE and written score must total 266 or better. Therefore, a student achieving a score of 133 or better on each section of the bar exam is in a safe harbor and passes. Students who score less than 133 on either section can pass, provided that the score on the other half of the exam is sufficient to bring the total to 266.

For an unsuccessful NY bar exam, the examiners provide a detailed breakdown of the failing score.

In any given year, on the MBE portion of the exam, a student needs to correctly answer between 115 – 120 of the 200 questions to achieve a score of 133. Therefore, a score of 60% or better on the MBE consistently translates to a score of 133 or higher.

Similarly, on the written portion of the exam, an essay/MPT average of 50 or better translates to a written score of 133 or higher. Specifically, the written score is comprised of scores for each individual written essay and MPT. Those individual scores are each a number between 1 – 80 which are tallied and weighted. Individual essays covering the substantive law are each worth 5% of the grade for a total of six essays comprising 30%, and the two MPTs are each worth 10% for an additional 20% of the final grade. Like with the MBE, in which there is some deviation each year as to the minimum score or average required to achieve 133, an essay average of 50 or better always translates to a 133 or better.

For this reason, a student examining their score report in anticipation of retaking the bar exam should pay particular attention to whether their written or MBE scores are above or below 133. Any score that is less than 133 suggests an area that needs additional work and attention. Similarly, in assessing individual essay, scores below 50 require work.